So today, I find myself as the Chief Marketing Officer for IVR Technology Group who offers (among other cool tech and services) an advanced hosted IVR platform, the Compass Automation Platform. That, in itself, isn’t so special… big deal, right? Except that for me, my first job fresh out of university with a computer science degree was on-site hardware and software support for the company that invented the call center, Rockwell International. Hello, my name is Bill, and I was a Galaxy ACD Field Engineer.

The Rockwell Switching Systems Division Galaxy ACD (automatic call distributor) was a beast with three Digital Equipment Corporation PDP-11/24’s. First developed for Continental Airlines, Rockwell legitimately invented the call center with their giant piece of data center big-iron. Typically occupying a minimum of two rows of five cabinets in a computer room, the three processors ran in a “hot swap” mode. One handled call distribution, another handled reporting, and the third was on constant standby in the event one of the others went down. These beasts were created to take airline reservations, so uptime was critical… and those PDP-11’s had rows of big circuit boards with hundreds of components, they broke a lot.

My biggest installation had nearly 300 agents for a major regional bank. Adding a new agent was a two, a sometimes three-day process of pulling cables, fishing cross-connects across a mad mess of wires in three of the cabinets, and a two-hour process of configuring and testing the new equipment. Another installation used for collections had a custom integration of an IBM 360 mainframe for customer account information, and a “revolutionary” auto dialer. Cutting edge for 1985, let me tell you.

So I left that cushy gig to start my own company publishing children’s storybooks on CD-ROM. In the process, I made some nifty software that a big publisher bought, which also had applications in advertising. Next, I start an online/digital department in an ad agency in Buffalo that didn’t even have email yet (none of them did at the time). That went well, so I did it again for a bigger agency in New York City (they had email) who started getting shaky after a bunch of questionable acquisitions, so I left that and started another company again, online publishing this time.

As I mentioned, IVR Technology Group is much more than an IVR strategy and technology provider, their suite of technologies and services enable contact centers and companies handling lots of calls and payments to be more secure, efficient and profitable. But it’s their proprietary CPaaS platform that has me really jazzed.

If I hadn’t lived the progression to cloud and micro-services in my other gigs, going straight from the Galaxy ACD to the Compass Automation Platform would be like stepping off a steam locomotive onto the bridge of the Starship Enterprise. A cloud-based voice and text automation platform that’s channel agnostic and integrates with nearly any API? I’m in! Especially with IVR Technology Groups added technologies and managed secure hosting. 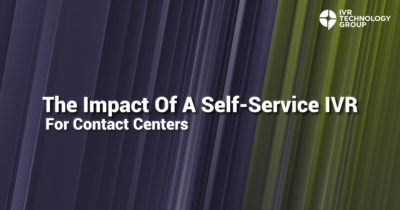 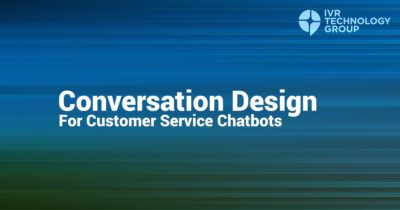